Owner operator team Tracy and Sharon Wilson discovered the advantages of Trucker Path Pro after their GPS led them on a less than ideal route. Now, it’s their favorite trucking app.

Not long ago, Tracy and Sharon Wilson – an owner operator team based in Lexington, NC – were headed to Denver from Kentucky, and programmed their GPS for directions. “We didn’t even think about the route it recommended,” Sharon remembers, “but it sent us down to Nashville and then up through Nebraska – when it should’ve taken us straight across on 70.

“So the very next load we got, we decided to use Trucker Path to plan our route, and we did just what it said – no matter what our GPS told us. Now, we always check our GPS against Trucker Path. It’s that good.” (Editor’s note: Please always use your best judgment as a professional driver. Pay attention to the roads you are on and the dangers they may have).

Sharon will tell you she and Tracy were a bit wary about downloading Trucker Path in the first place. “We already had the Pilot app on our phone, but it only tells you where Pilots are located. So I started Googling truck stop apps, and that’s where I learned about Trucker Path.” She and Tracy being cautious types, “we weren’t sure it was safe. But one day we were in a truck stop, and we saw this big sign for Trucker Path. That’s when we figured maybe it is safe.” Now, they’ll tell you Trucker Path is their favorite app. 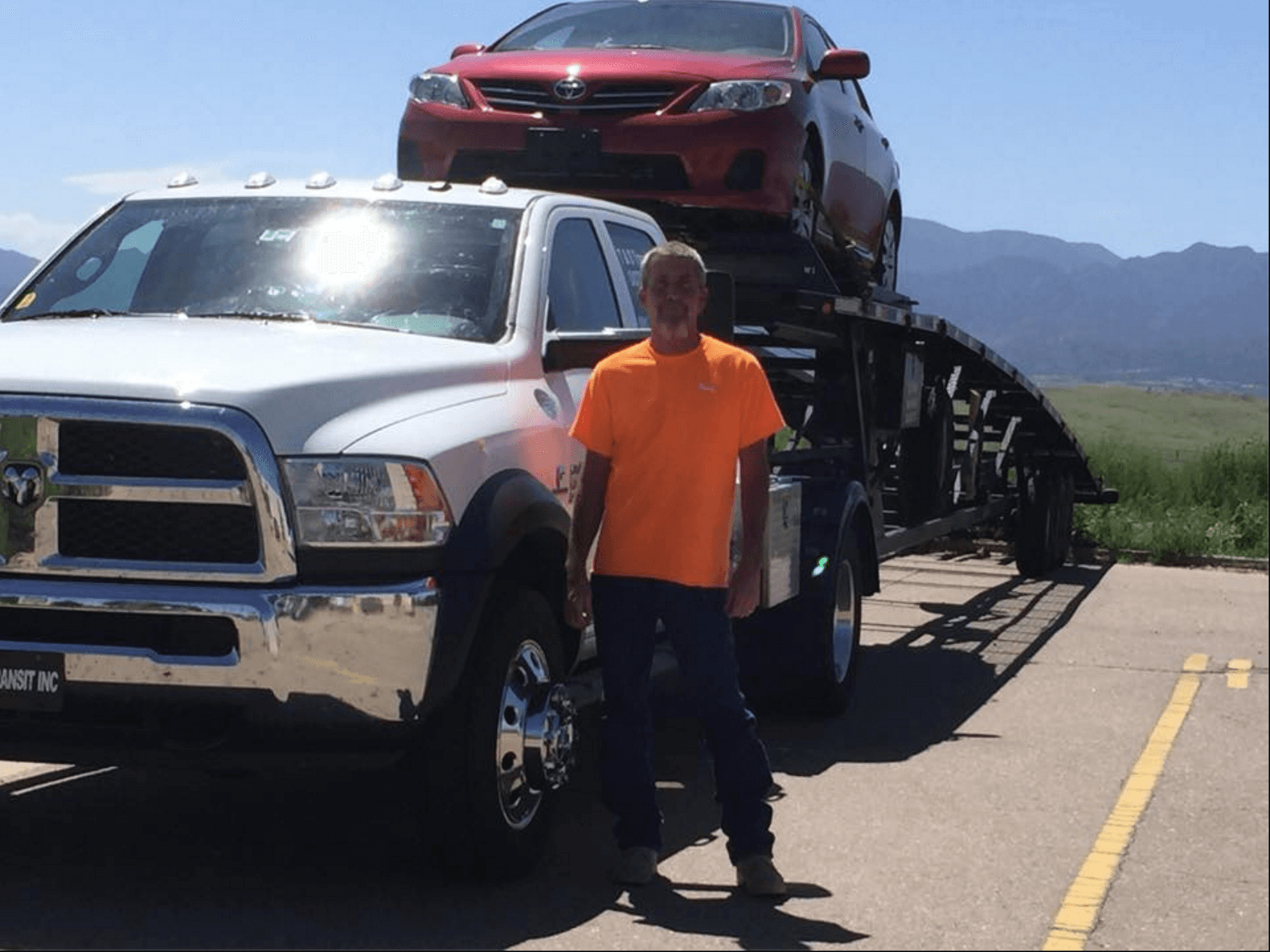 “We use it for so many different things, but our favorite thing is the weigh station information. Before, we never knew whether they were open or not, and it’s saved us so much time and trouble.”

Tracy and Sharon, an auto hauler team operating under the name T & S Transit, have been on the road together since October – when Sharon decided it was time for a change. “Tracy was a semi driver for 28 years, and after both our kids were grown and married, I was ready to get out of the house myself.” It’s one of the best decisions she’s ever made.

Childhood sweethearts, the couple have been married 35 years – since the two were just 18 years old. Like any marriage, Sharon says, “we’ve had our ups and downs, but we’re closer now than we’ve ever been.” She also reports another unexpected benefit to being auto haulers: “I’ve lost 20 pounds since I started doing this. It’s a lot of work.” And that’s a good thing, she’ll tell you, because “to tell you the truth, we don’t eat very healthy. Lots of burgers and pizzas for us!”

“That’s another place we get a lot of help from Trucker Path: Finding places to eat where I can use my coupons. I’m big on using my coupons.”

Like most Trucker Path users, the couple also appreciates its available parking feature. “People are really good about reporting on available spaces. And we always do the same ourselves. Lots of times, we’ll just check Trucker Path for the total number of parking spaces at a truck stop. If there’s just, say, 45, we know that isn’t a good bet – but if they have upwards of 150, you can almost always find a space. It’s such a great time saver.”

And time is one of those luxuries the couple doesn’t have much of, these days. “We’re already busy enough with our RAM 5500 hauling three cars at a time, but Tracy says he just can’t accept not being in a semi. We’ll see!” Whichever road life takes them down next, they know one thing they can trust. “Like I said, just do what Trucker Path says!”